Superfoods - How Super Are They?

“Superfoods” - a term used to refer to foods considered particularly beneficial to health. Also a term used by marketing to give products a status and an edge over competitor products. So called superfoods can be deceiving, for example blueberries, once labelled a superfood, are really no more beneficial to health than an apple or other fruits, as both fruits provide the body with nutrients that are equally important to health.

Up until 2007 the term superfood could be used freely in advertising, however in 2007 the rules changed. Nutrition and health claims are governed by the European Food Safety Authority (EFSA) and to help clear up confusion surrounding superfoods EU legislation changed so that when claiming a food is a superfood it must also be accompanied by an authorised health claim which has already been approved by EFSA. Health claims are those that claim the product in question can positively contribute towards the functioning of a bodily system or function, for example “Vitamin C contributes to the normal function of the immune system” which can only be used for food which is at least a source of vitamin C (for a product to claim it is a 'source of' it must contain at least 15% of the Nutrient Reference Value for that nutrient). So now when a food or drink product claims to be a superfood it must have an accompanying health claim on pack.

New foods with exaggerated health benefits are appearing all of the time which can make it incredibly confusing in terms of knowing what to believe. Here we look at some foods that we believe are the latest popular “superfoods” and the truth, if any, behind their claims. 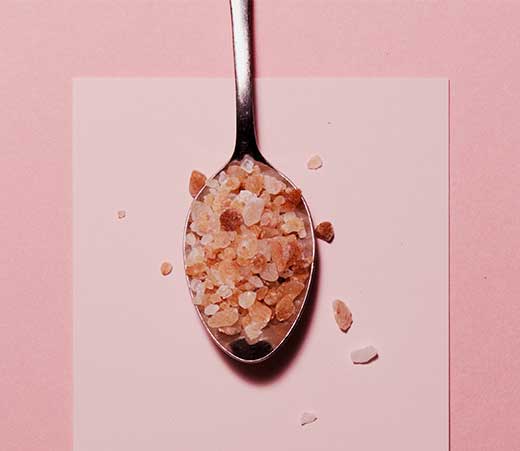 All salt regardless of its origin, colour or granule size, primarily consists of sodium chloride with other trace elements also present in smaller quantities, exact quantities of these minerals will vary depending on where the salt is sourced from however any variations will be insignificant in terms of their effect on health. Similarly the body does not differentiate varieties of salt, they are all digested in the same way and sodium chloride is broken down and absorbed by the body in one way only. It is claimed that pink Himalayan salt contains less sodium chloride than your average table salt, and therefore contains more trace elements such as magnesium, calcium and copper, making it ‘superior to table salt’.

There is no scientific evidence to support these claims and in the event they were found to be true, any difference in mineral content and composition would be minor, therefore would not be sufficient to make any claims comparing the composition of Himalayan salt with table salt, or any other variety of salt for that matter. You’d also have to most likely consume a lot of this trendy salt to reap the benefits of any higher levels of trace elements. In summary pink Himalayan salt has exactly the same effect on the body as any other salt, the sodium chloride is broken down and the sodium used in the regulation of the movement of water into and out of our cells. When salt is consumed excessively over time it can increase blood pressure which then has a knock on effect on heart health.

An algae, available in tablet or powder form. Tablets can be consumed with a drink whereas powders can be added to any dish or mixed into a beverage. Claims include ‘reduces cholesterol’, ‘lowers blood pressure’, ‘reduces stroke risk’ and ‘boosts energy’. For the latter claim its supposed energy boosting properties are due to its protein content. Whilst it is true that spirulina is high in protein, the recommended doses of spirulina are ~6 tablets daily, with each tablet typically weighing 500mg, which equates to 3g per day of spirulina, and serving sizes for powders are also similar. Therefore per 3g serving you’ll consume about 2g protein which is what you can get from a slice of bread. Consuming such small amounts of spirulina and therefore protein will provide no beneficial effect in terms of ‘energy boosting’.

As for other claimed benefits, particularly those associated with the cardiovascular system, such as reduced cholesterol and blood pressure, studies that have tested for improvements in cardiovascular markers (reduced blood pressure, reduced cholesterol) have produced no significant results to prove of any beneficial effects of consuming spirulina on cardiovascular functioning. Existing studies have either been conducted on animals and therefore results cannot be generalised to humans or findings have been statistically insignificant. But there is no harm in consuming spirulina if you like it and feel it supplements your diet. 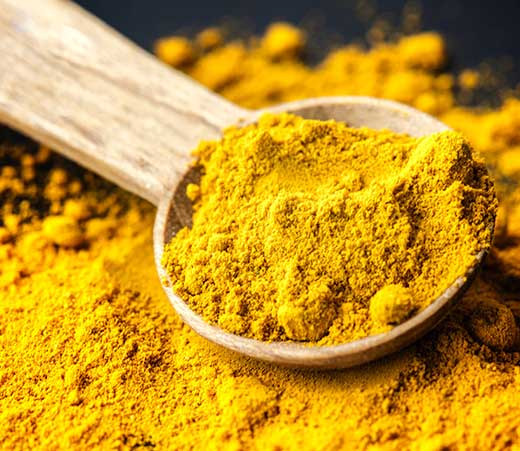 A golden spice popularly used in Indian cooking and due to its strong colour it tends to be used to enhance appearance of dishes rather than to add flavour, however its taste is bitter and earthy. It is similar to ginger when seen in its root form and turmeric can be used fresh although is most commonly used in its ground form which is relatively inexpensive. Turmeric contains curcumin which is the active ingredient that is responsible for the majority turmeric's health claims. It is claimed to provide pain relief, is an anti-depressant, anti-inflammatory and antioxidant and has even been hailed as the ‘most powerful spice’ for its ‘healing properties’.

Turmeric lattes have taken coffee shops by storm with consumers paying the extra money for a dash of turmeric. As with many superfoods it may well contain high levels of many nutrients however if it is consumed in small amounts the body will in no way benefit to the extremes often reported, and curcumin is only found in small amounts in turmeric. There are plenty of studies that have researched various effects, or non-effects, of turmeric, yet as with spirulina many are animal studies and their findings cannot be generalised to humans.

In summary turmeric is primarily used as a colouring agent with there being no significant scientific evidence to support any strong health effects of turmeric in humans.

Not to be confused with the charcoal used on barbecues which would be very dangerous if consumed. Activated charcoal (AC) is called as such because it has been heated to high temperatures which changes its chemical structure, and it is with this structure that it is claimed to be a ‘superfood’. AC allows toxins and gases in the gut to bind to its surface and the charcoal along with these toxins and gases is then excreted in the faeces. It has been used for many years to treat patients suffering from various types of poisoning and for this it works, however due to recent fashion trends AC is being used increasingly by healthy individuals, who are not suffering from poisoning. In instances such as drug poisoning AC can dramatically reduce absorption of the drug(s) into the bloodstream, however this effect depends on how soon after consuming the drugs the charcoal is administered.

A scientific paper published in 2015 found that a single dose of AC given within 5 minutes of consuming the drug produced a 74% reduction in absorption of the said drug. And when a minimum dose of 50g of AC was administered there was a 47% reduction in drug absorption when taken 30 minutes post drug consumption, a 40% reduction after 60 minutes and a 16.5% reduction after 120 minutes. Implying that the sooner the AC is administered the more effective it is in terms of reducing absorption of toxins and gases post consumption.

However these studies are in relation to AC and its effect on reducing drug absorption only, therefore comparisons cannot be made between drugs and other perceived ‘toxins’ that are present in the body as a result of the diet5. Our livers have the job of removing any toxins from our body, therefore we already have our own ready made detoxifying process. AC is also claimed to whiten teeth via the removal of plaque through adsorption (binding to the surface of the AC), however brushing your teeth for 2 minutes, twice a day, also removes plaque but much more effectively. Water filtration is another use of AC, whereby the ‘impurities’ in tap water are removed by the action of AC. In countries where the tap water is safe to drink there is no need for additional filtration with AC, and in other countries where tap water is not safe for consumption the water would need treating with more than AC.

The only approved health claim recognised by EFSA for AC is “activated charcoal contributes to reducing excessive flatulence after eating”! The claim may only be used for foods that contain 1g of AC per portion and consumers must be told that this beneficial effect on reducing flatulence is only obtained when 1g of AC is taken before the meal and 1g also taken shortly after eating.

Coconut oil is another acclaimed 'superfood' that has been around for many years but in recent years sales have surged after it was labelled as one of the latest ‘superfoods’ with claims that it can be beneficial for heart health, arthritis sufferers, liver functioning, weight loss and so much more.

At the end of the day it is important to consume a variety of foods and no one food is the answer to better health. Nutrients are found in varying quantities in foods therefore a varied yet balanced diet is the healthiest option out there.


No "Artikel" entries can be found